The Netherlands is less flat than I realised

Beautiful but hilly Arnhem was the location of the first triathlon of the season, the Team Time Trial. A perfect way to combine our strengths, diminish our weaknesses and enjoy a great performance as a team. With the week leading up to the race providing lots of rain, hail, snow, more rain, clouds, no sun, rain and; you guessed it, more rain it was looking like it would either be a miserable day to race or even be adjusted to a Run BIke Run format despite it being a pool swim. Thankfully we all arrived on time with the sun shining and the swim allowed to go ahead (with a wetsuit)

Swim: Our aim in the swim was for our fish like friend Jorén to lead, followed by Chris, with Nick protected in third leg and Lennart keeping everything controlled from the back and to hold a 1:30 per 100 metre pace. Nick’s look of disgust followed by “this doesn’t feel very good” after jumping in, was a contrast to the fantastic job we did to stay close together with Jorén’s sighting, keeping pace and managing to not leave anyone behind in the pool. T1 here we come!!

Bike: After a little delay in T1 (putting a bike jacket on wet arms should be the next club championship event-its hard), Nick and Chris left transition slightly in front of Jorén and Lennart but we grouped together quickly and that’s where the “pain train” would begin. Barely a breath was being released from the mouths of Nick and Lennart despite Nick pushing 400watts+ on the uphills and Lennart pushing 400watts+ on the downhills, Jorén correctly compared the experience like riding a rollercoaster, one that Chris couldn’t wait to get off of. The relentless effort on the giant mountains of Arnhem came to a ferocious end as we headed to T2 – THANK GOD FOR THAT!!!

Run: T2 was super smooth and off on the run we headed altogether, our plan was to try and hold 4:00 per K (grade adjusted). With Jorén having been pretty sick in the weeks leading up to the race he was the least confident of staying together but the smart pacing of Nick coupled with running so close to each other kept the group together almost the whole way. Our target pace was spot on for the hilly run course, and we came into the finish, almost smiling, in a total time of 1:00:36 for 11th place on the day.

Summary: With the first team competition of the season done, we have a great baseline to now build upon and climb the league table. Our man of the match in Arnhem was Nick de Bree, for being on the limit the whole day, with a special mention to Jorén for displaying some real heart on the run. Our team tactics from Captain Kleinjans worked perfectly (I don’t think he broke a sweat) and the Englishman is still complaining about that bike leg. One last mention has to be to Aafke and Evi for shouting and screaming their support along the way, it meant a lot to have our teamies there!!! 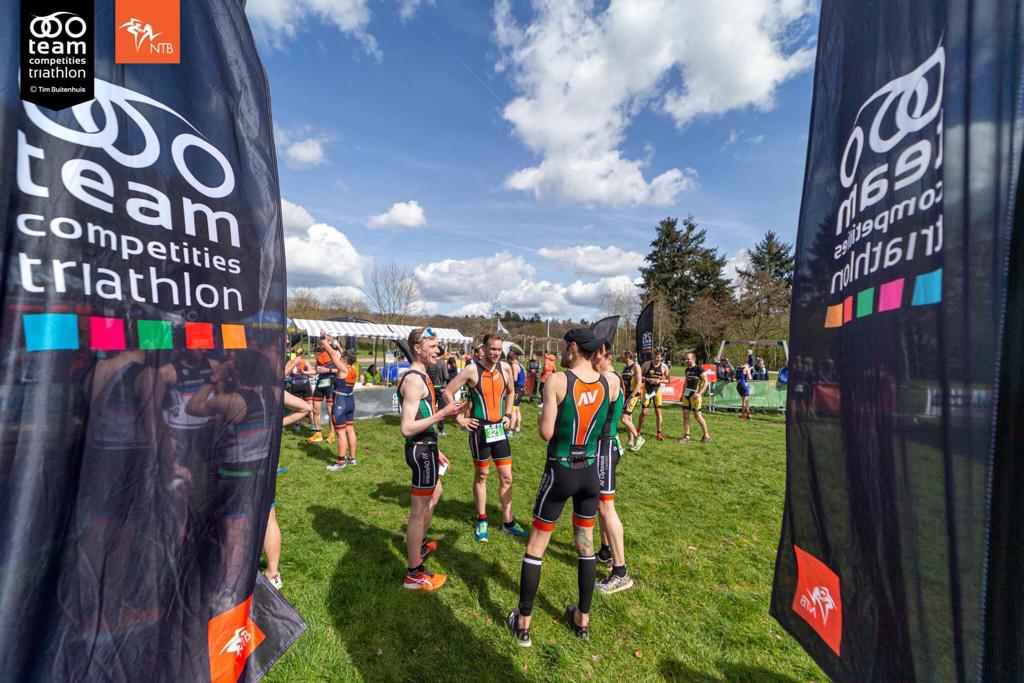 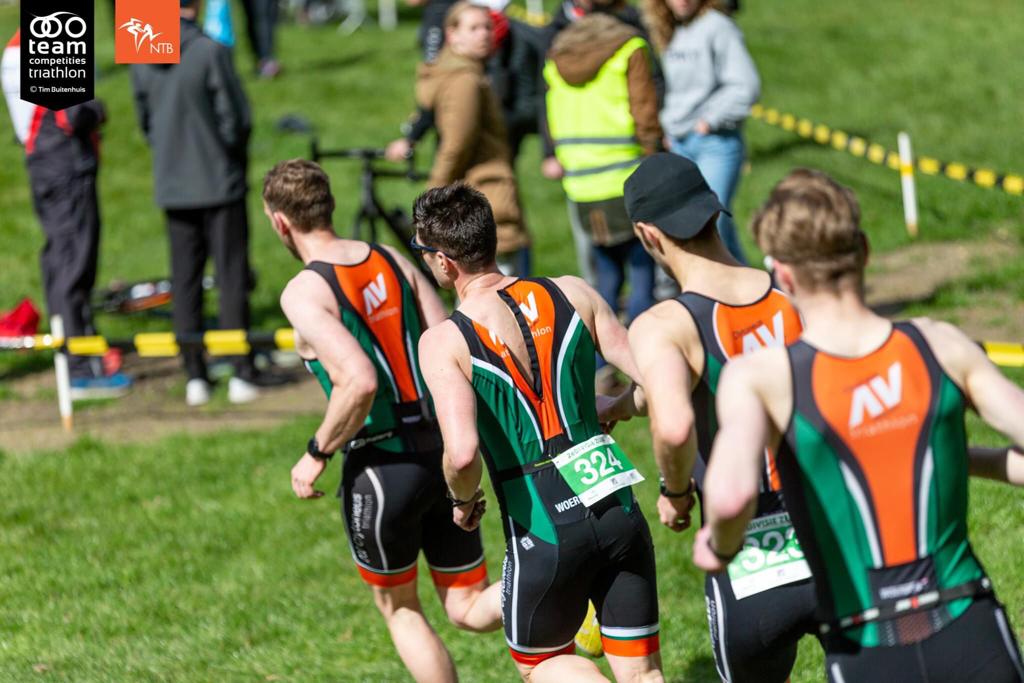 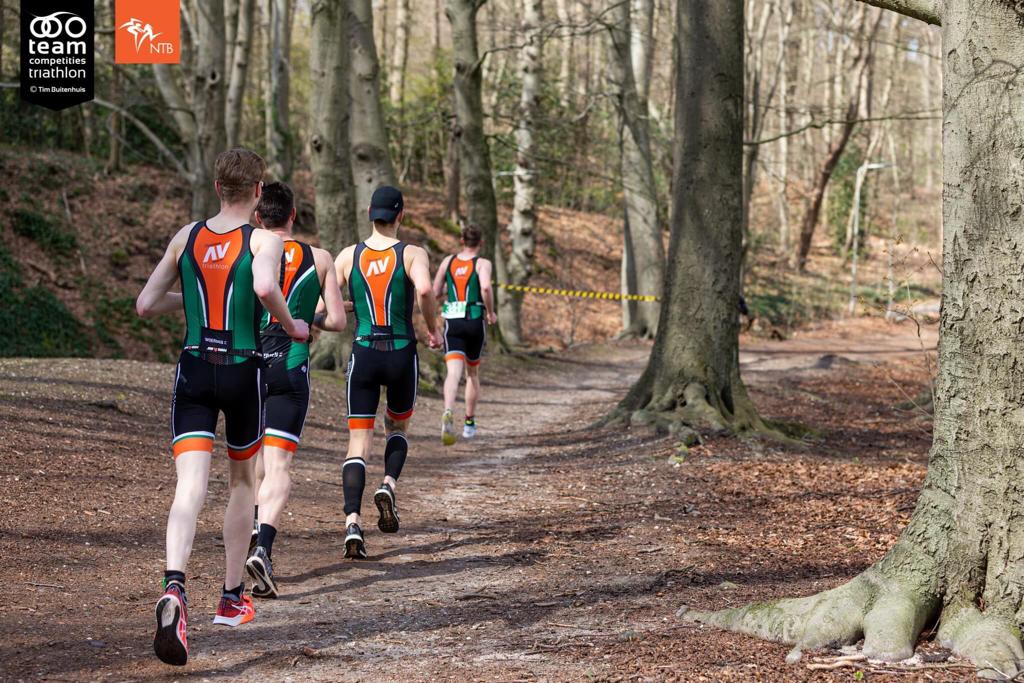