A message that filled us with as much excitement as it did fear during the lead-up to Saturdays oven-like 2nd Division Team Competition in Oss.

Oddly the race began at the hottest part of the day – mid afternoon, with the expected temperature of 34 degrees, hardly any wind and around 90 very sweaty competitors all looking far too happy to jump into the cold water and not want to proceed any further on the course – great job NTB (sarcastic wink here)

Going to these races in the camper from the Kroon’s is becoming something of a ritual, and now we know there is a beer fridge in the back, we hope it continues after Jorèn “the Dolphin” Kroon leaves us for sunny Spain.

During our journey, much of the talk was about the passing of our beloved club mate, Teus van Zelderen, and that today we would be racing / or attending his funeral (respect to Nick) strictly in the memory of him!!

Lets hope we did him proud!

Jorèn’s pre race message from Henk was to go on the attack, and boy did “the Dolphin” attack it, coming out of the water within the Top 20 athletes having completed the 1000 meters in 14:22 (1:26 per 100mt = crazy fast!!). Lennart “the Captain” Kleinjans and Chris “the Foreigner” Webb decided to spend as long as they could in that icy channel surfacing around a further minute back with the three of us negotiating T1 smoothly and all setting out on the bike.

There was nervous excitement for the bike course, with it being one continuous loop of 40km’s instead of multiple smaller loops, there were hopes it would help with some faster than usual bike splits – and that proved to be the case.

As this is being written, Jorèn is deciding which cake he will buy for the guys at Threels Cycling, after a promise of such a thing should he do a 40+ km/h average during a triathlon – enjoy that cake chaps. Once again CaptainKleinjans used those god-like muscles to hammer his bike pedals into submission for a lightning quick 58:11, 7th fastest bike split for the 40k’s and first Woerdenaar onto the run.

T2 didn’t prove to be quite as smooth as T1, after the 1 hour bike by “The Foreigner”, he stupidly took his helmet clip off before getting to his rack, got told off by the NTB official, held still until his helmet was reattached and left frustrated by the stupid mistake, further delay and finished it off by dropping his energy gels whilst leaving transition. Every race is a lesson team! A valuable lesson

Now comes the part that I think everyone was dreading, the slow and painful death march through what felt like the Sahara Desert; “How are we going to run 10K in this” was a sentence all AV Clytoneus racers were saying inside.

However, two aspects of the run made it a little more enjoyable, the first was our resident cheer squad, cameraman and ice cream provider Mr Erik Kroon shouting words of encouragement from various parts of the course – huge thanks for that Mr K!

The second was the residents along the course setting up their garden hoses and sprinklers to shoot cold water across the street and over the competitors, and especially when Lennart and Chris were crossing each other on the course, Lennart perfectly re-enacted this commercial under the nearest showerhead (https://www.youtube.com/watch?v=c-K29F3WU5Q) – “probably the best thing I’ve seen in the middle of a triathlon”.

We all agreed that the quality of the 2nd Division has certainly gone up a level this year and our 11th  placed finish out of 22 teams was a reason for celebration knowing we had done everything possible for this result and for Teus. 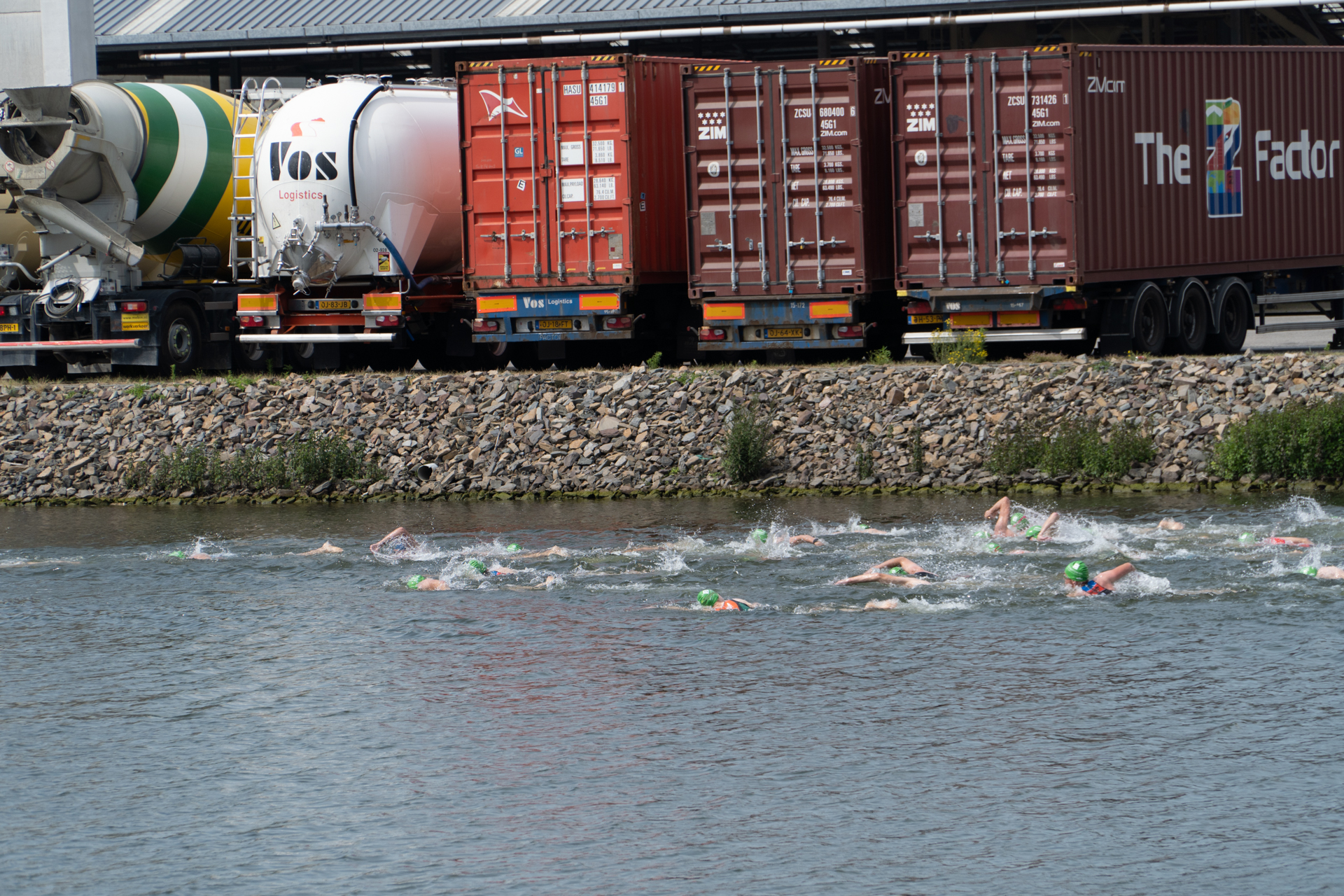 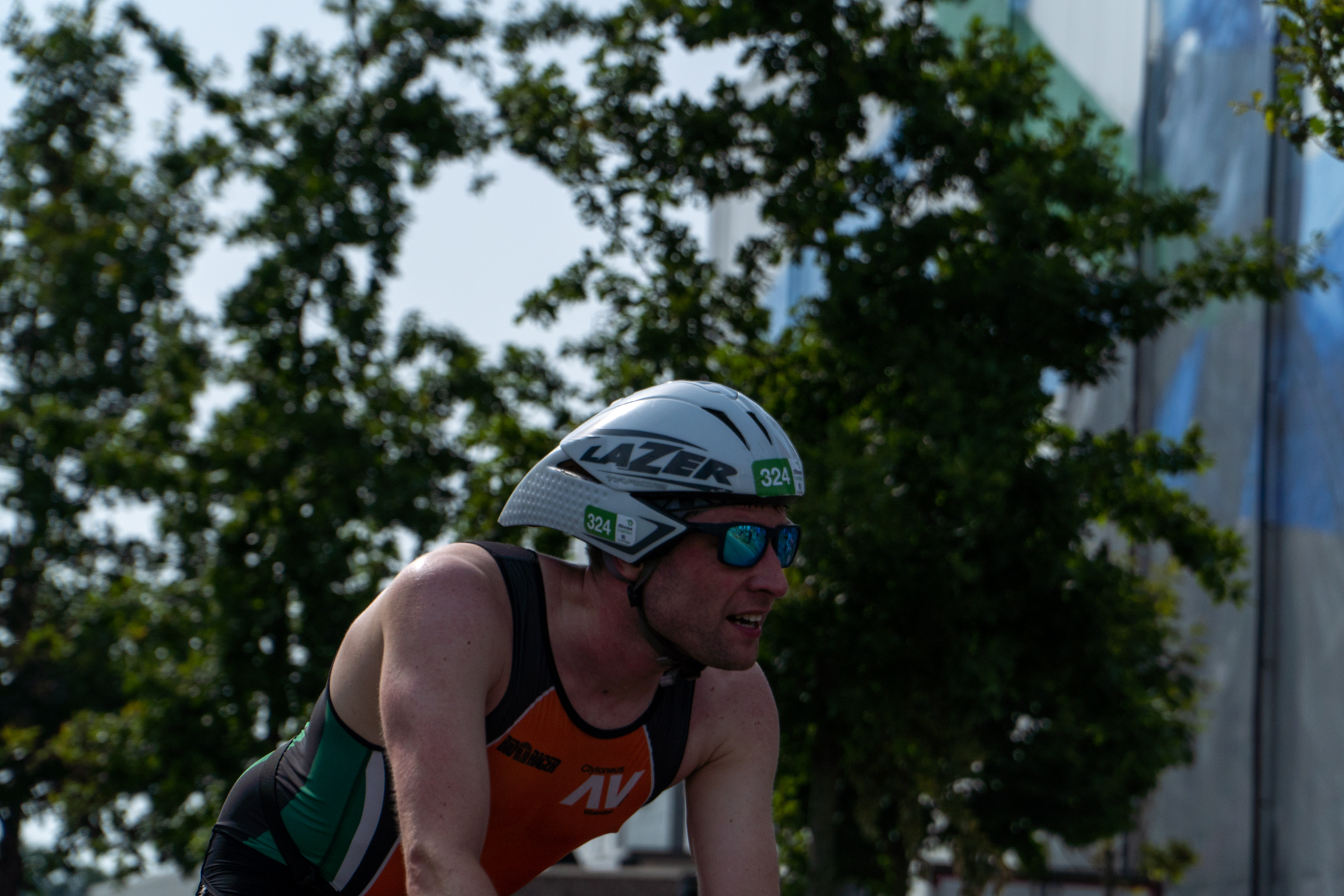 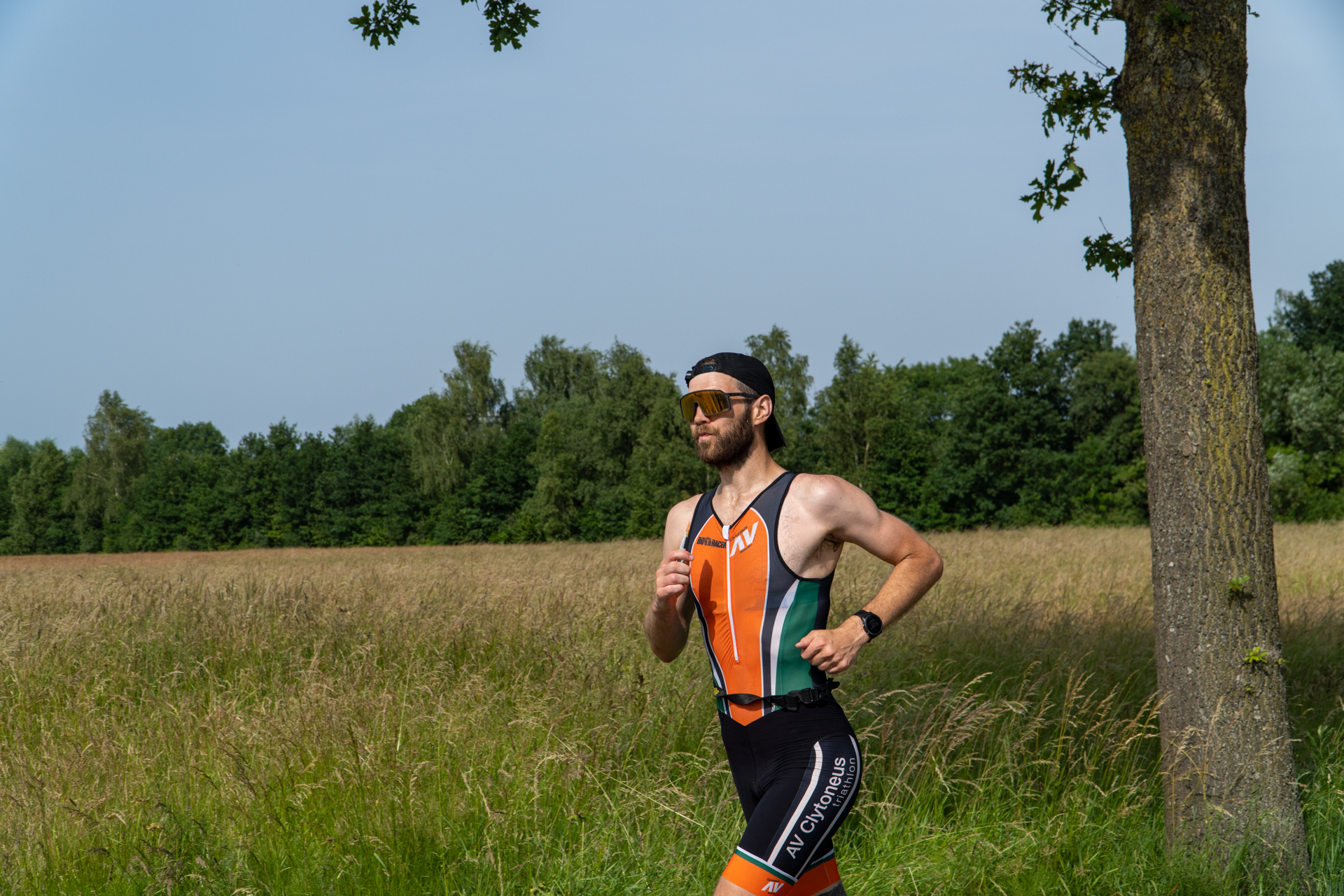 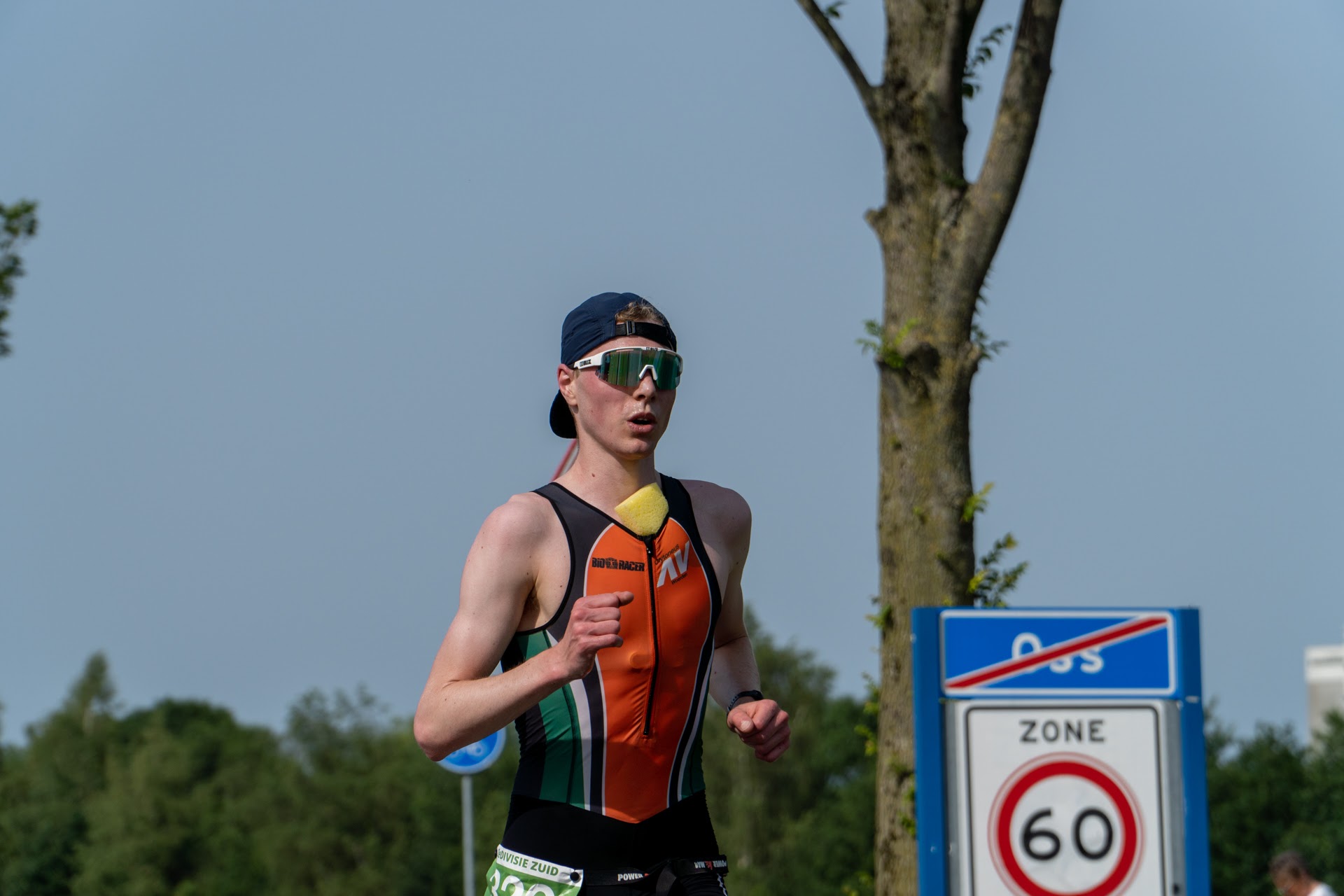